Using GMAT to explore the NRHO regime of cislunar space Using NASA's General Mission Analysis Tool, researchers Shimon Chait and Andrew Granberry analyzed orbital missions in the cislunar space. The research was sponsored by United Launch Alliance (ULA), and they worked closely with the team throughout the entire project. The research was performed with realistic methods and is intended to be applied to real world missions.

We are both 4th year Aerospace Engineering students here at Cal Poly who are incredibly grateful for this research opportunity granted to us by United Launch Alliance!

Hi! I am Andrew Granberry, one of the students performing this research over the summer. This SURP was an amazing experience, I could not imagine doing anything more fulfilling during this unique summer.

My name is Shimon Chait. Spending this Summer as a student researcher for this project was very eye-opening and exciting. I enjoyed being able to learn GMAT and work as a team together with Andrew and our mentors.

We would like to thank ULA, John Reed, and Zach Fellows for this amazing research opportunity. We would also like to acknowledge the assistance and guidance of our advisor Dr. Abercromby.

GMAT is short for “General Mission Analysis Tool.” It was developed in collaboration between NASA and private industry. It is an opensourced software that is used to perform space mission analysis. Our research would be nearly impossible without the help of a mission analysis tool. GMAT enabled us to quickly compute and visualize our orbits.

In order to reach the NRHO from Low Earth Orbit, multiple orbits were explored. WSB, or Weak Stability Boundary, is an extremely efficient orbit that travels very far away from the Earth-Moon system to apply a small trajectory correction maneuver to match the final orbit as closely as possible. Out of all NRHO Targeting transfers, this was the most efficient.

Having the ability to return to Earth from NRHO is very important, especially if we have astronauts orbiting the moon. Therefore, we explored situations where a spacecraft could return to a Low Earth Orbit efficiently, whereafter it would perform a re-entry maneuver in order to recover the payload and/or humans aboard. This was achieved by using finite burns to leave the moon’s gravitational pull and to slow down enough to be pulled into the Earth’s gravitational pull. 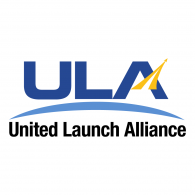 This project was sponsored by United Launch Alliance!

The second orbit investigated for reaching NRHO was a direct transfer with insertion at the furthest lunar point, known as apolune. Apolune is the point where the spacecraft will be traveling the slowest so it is an efficient location to insert into the NRHO orbit. However, without a WSB or gravity assist, this transfer is the least efficient of the NRHO Targets. Delta-v chart of the spacecraft phasing at perilune.

Delta-v chart of the spacecraft phasing at apolune.

What do these charts tell us?

These charts are essential to understand the prolonged operation of a spacecraft in the Moon’s NRHO orbit. It displays a calculation of how much fuel is required to make two spacecrafts in orbit rendezvous together!

The difference between the two charts in the location in the orbit at which the phasing occurs. The left chart is when the operation is performed at the closest point to the moon, while the right chart is the furthest point from the moon.

The conclusions that can be reached from this research is that the most fuel efficient phasing operations are performed at the closest point to the moon, but the two spacecrafts meet at the point furthest from the moon. The other factor to consider is how far away the spacecrafts are from each other initially. The closer they are to start, the less fuel it will cost.

“Cislunar” is the designation given to the region located between the Earth and the moon. The orbit of interest for this project, NRHO, was located in cislunar space. NRHO stands for Near-Rectilinear Halo Orbit and is a special orbit that requires minimal station keeping. In our case, the NRHO had an orbital period of ~6 days and the satellite spent most of it’s time above the lunar south pole. The future Lunar Gateway mission will require a similar orbit as the one studied in this project.

The final trajectory investigated in reaching NRHO was a direct transfer that utilized a lunar flyby to change the direction and speed of the satellite. This gravity assist is able to drastically alter the trajectory characteristics without having to use fuel, greatly increasing the efficiency of the transfer. This trajectory was the second most efficient of the targeting maneuvers.

Another aspect of the research is to determine how much fuel it takes to make a spacecraft leave the moon’s orbit, kicking it out into space at the end of its lifespan. We do not want the orbit to be filled with “dead” spacecrafts, so we dispose of them at the end of their lifespan. The research produced a minimum fuel cost of ~3.4 m/s of fuel to dispose of a spacecraft, which is very low in the space operations world!